What are the problems in our neighborhoods ?

We live in a city full of injustices, where the rights of children and young people are violated. There is a lot of insecurity in our streets. Girls and young women are harassed, children are mistreated, there are not many possibilities to attend studies and, near schools, there is often the sale of drugs. In our neighborhoods like Manrique, Buenos Aires, Belén, Robledo, Santa Cruz, San Javier, San Benito, there is a lot of violence, killings and weapons.

Many problems are due to poverty and the government is doing nothing. In health centers, we are not well cared because of our bad economic situation. We, children, have to work. In addition, we can’t help the Venezuelans who are in our streets, nor with food nor with accommodation.

There are no resources to devote to the animals. They suffer injustices and are mistreated. They can’t speak to ask for food or shelter. Sometimes, the animals are sitting next to a restaurant and people start beating them.

We are waiting for a solution to so much corruption and greed, that they stop being stingy. No more bribes, because they affect our community, which lead to armed conflict and put our lives on the line.

Because of the armed groups, we can no longer use public transport. They intimidate us by saying, “don’t go out before such a date or such a time”. It’s unfair not to be able to go out to study or work. It’s also unfair the forced recruitment to their armed groups. By these facts, they make vulnerable the right to study, to play and to grow up as children.

War can’t be solved by war. How are we going to grow up in this society? An eye for an eye and a tooth for a tooth? NO ! We must give our society the message to end violence. 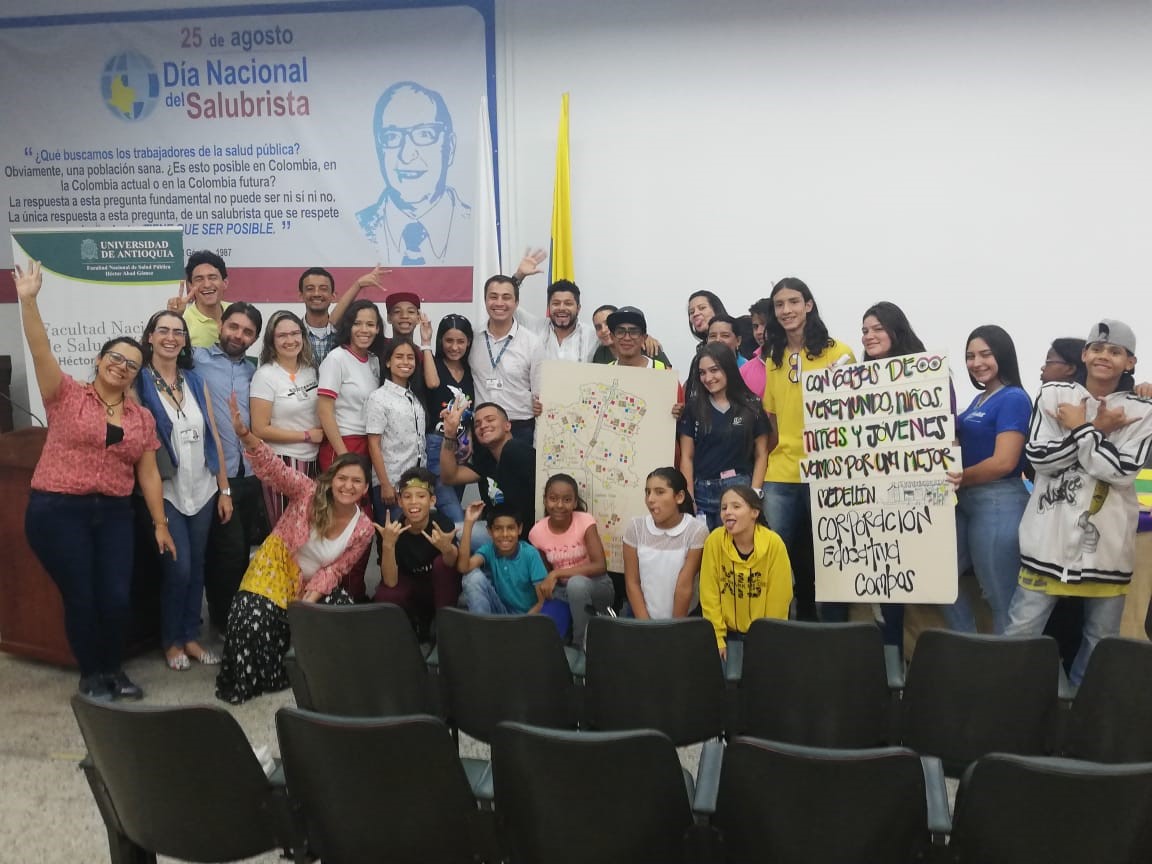 In the educational sector, there are almost no resources. There is money for other things but not for the essential. For example, the Corporación Educativa Combos which has been fighting for 27 years for the rights of children and young people gives us for full meal. That it is not up to the Corporación Educativa Combos to do that and if so they need more resources. This is why we express ourselves, because our school allows us to do that.

For us, the Corporación Educativa Combos is a hope and makes us see that peace exists and that nothing is impossible. In this school they educate us better, they listen to us, we can express ourselves, they give us more help and that is why we must invest in schools like these. Why they don’t let us study in the schools we want? They don’t allow it because of our age, they only offer us to study one day a week. And the other days what? We stay to look at the ceiling of our houses?

That is why we offer a different education and different schools, where we can communicate and express ourselves, which allow us not only to learn the fundamentals, but also other things. For example, knowing the past of Medellin so that things like Operation Orion do not happen again. That permits also to not react with anger, to talk about what is going on in our families, to have a healthy life, and other subjects that allow us to enter public university.

What are you going to do about child labor? We shouldn’t work but study. We do it because there are a lot of needs in our homes. The money we have is for food. That’s why we ask for jobs for our families.

Sexual exploitation of children and teenagers

The sexual exploitation of children is a very sensitive issue: our proposals to put an end to it are: to have more justice and to really apply it. When we are on the street and see men accosting little girls, the police walk by and don’t care about it. The police should talk to the girls to find out what happened. Venezuelan girls are also harassed in Berrio and Botero parks and this particularly scares us.

Forced recruitment of children and teenagers

We, children, are recruited because of our innocence, because we do not discern good and evil, they manipulate us into doing what they ask us to do and so that we remain in the armed groups.

We want the government to stop thinking about war and allow us to express our feelings through the power of speech, to speak out against violence and to demand that our rights are respected.

We want that our words not remain in the book of oblivion but to be taken into account, that we are not singled out and flagged as thieves, drug dealers, hired killers, because we aren’t. We are children and young people who have many dreams!

We know it’s difficult, but not impossible!

Children and young people claim their rights and we will fight for a better Medellín.